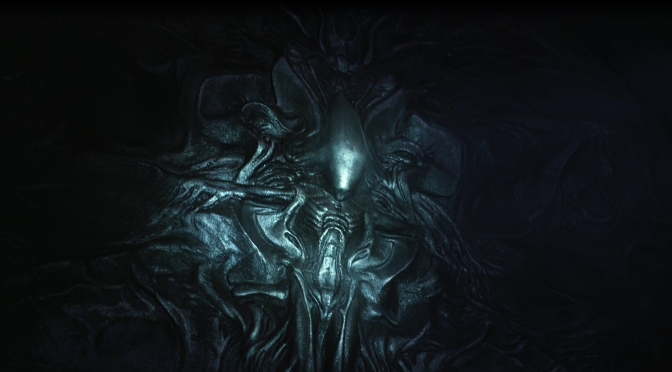 Is this the handy work of the original and brilliant Alien artist and sculpture HR Giger, Ridley Scott did mention he would be working on the new ‘back to the roots’ Alien movie Prometheus.

Ridley on the subject:

I brought him in, I showed him what we were doing, showed him the story and he liked it a lot. So he’s doing a little bit of work for me. He’s been doing some murals, big murals, which we’ll see in almost one of the first chambers we encounter when we land where we’re gonna go.

It does have all the hallmarks of his handy work, including the slight resemblance to an Alien Queen…all will be revealed on the 8th of June.

Stop the presses, I think I’ve found the greatest Star Wars Art in existence. No, really!!!

These incredibly detailed portraits have been created to promote the opening of the new exhibition Star Wars Identities, . Six digital mosaics which use various pieces of Star Wars iconography to make up the faces of key characters and robots. 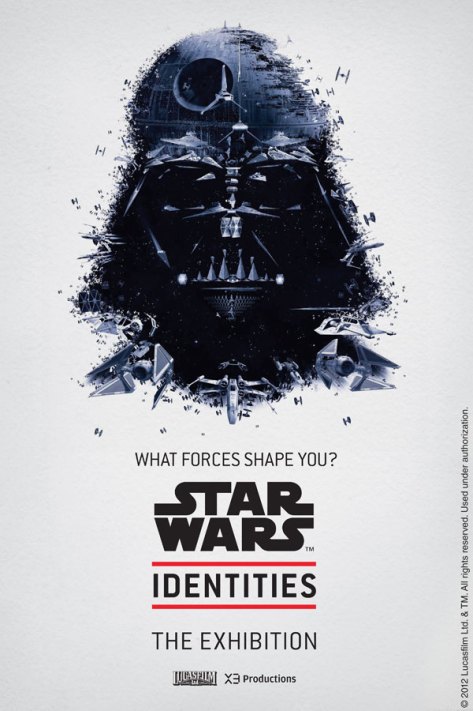