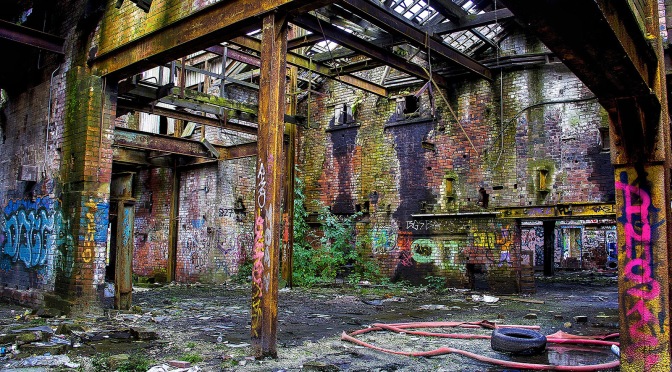 On my journey back to the office after a meeting in Elland recently, I spotted this ‘Local Traffic Only’ sign as I was about to pull onto the M62 motorway, so I decided to explore this village called Blackley for my lunch.

As a drove through the village I noticed a dilapidated old factory and decided to take a peek with the trusty camera. The factory in question was the Blackley Fire Clay Works, or ‘Wilkinson’s Brickworks of Blackley’. The place became locally known as ‘Wilkinsons of Elland’, which was started by Samuel Wilkinson in 1883 and his sons Fred and Arthur who later became managers. The chimney at the works was built-in 1894 and is quite a local landmark, sitting proud on top of the valley overlooking the vista of Elland, Halifax and beyond. In 1983 the brick company was taken over by Butterly Bricks but sadly the site closed in 1985. Although this historic site has had countless attempts for re-generation, the last was for a 162 home residential scheme, which considering the views from the site was surely a no-brainer for the commercial developer. Balfer Beatty where the last to use the site as a storage facility while working on the nearby M62 upgrade.

The factory now has a new and extremely frequent visitor in the form of ‘Urban Graffiti Artists’ who have totally transformed the entire site into their own visual playground. Not a single wall has got away from their Flame, MTN, Belton or Krylon spray paints of choice. The chimney tower was no exception…how they got where they did is a mystery, it reminded me of Marlon Shakespeare aka CHOPPER from the 2000AD comic, the urban ‘King Scrawler’ artist from Mega City One who challenged the authority by making his mark of a SMILEY face in just the same ambitious locations. You’ll see from my photography how rival scrawlers compete and sometimes over-paint others work…Quite a visual battlefield.

Equally as a place just for photography it’s just as captivating, and one I’ll be visiting again hopefully for a photo-shoot with a young up-and-coming bands promo stills. 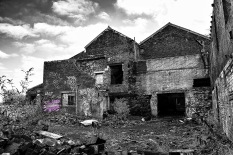 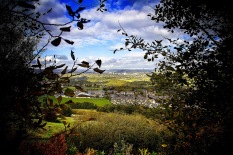 Its all FOREIGN to me 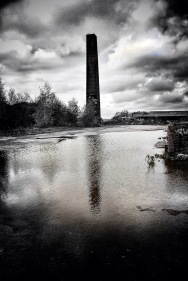 Head to the Light 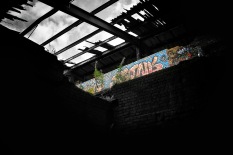 Looks like Sara Rosso has set quite a tough WordPress Weekly Photo Challenge with the theme ‘Foreign‘ this week. I took this photo in an old abandoned brickwork factory which now has a new life as the urban playground for local Graffiti Artists plying their own visual style, which to the uninitiated can seem quite Foreign, take the picture in question… beautifully crafted in a visual language all of its own.

I’ll visually explore this Graffiti Factory in-depth in my next post.