And a colourful message at that, as they are some truly mind-blowing images coming NASA’s Messenger Spacecraft, the first ever spacecraft to orbit the planet Mercury, and with its seven scientific/radio instruments its beginning to unravel the history and evolution of our Solar System’s innermost planet. 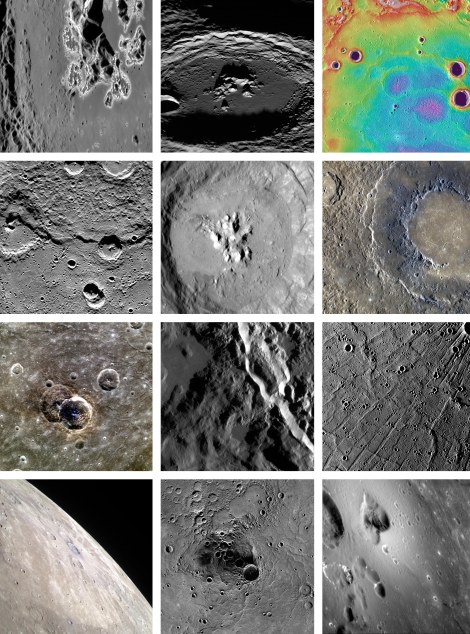 The 2012 Gallery of Images from Messenger
During its one-year primary mission, Messenger has acquired a total of 88,746 images using its Mercury Dual Imaging System (MDIS). The latest from the Wide Angle Camera (WAC) is a beautiful ‘false colour’ enhanced combination of images of the entire globe taken through some it’s eight WAC filters…Don’t Nasa give things great names

“Messenger’s camera has filters that go from the blue to the near-infrared of the spectrum, and we are able to use computer processing to enhance the very subtle but real colour differences that are present on Mercury’s surface.

The areas that you see that are orange – those are volcanic plains. There are some areas that are deep blue that are richer in an opaque mineral which is somewhat mysterious – we don’t really know what that is yet.

And then you see beautiful light-blue streaks across Mercury’s surface. Those are crater rays formed in impacts when fresh, ground-up rock is strewn across the surface of the planet,”

Of Interest: This still image below I captured from the ‘Hi-Res’ rotating movie of Mercury’s globe has been created by mosaicking thousands of sets of images obtained by the Messenger WAC. This view captures both compositional differences in how long materials have been exposed at Mercury’s surface. The large circular area near the top centre is the Caloris impact basin, whose interior is filled with a smooth, somewhat younger volcanic plains. Small orangish spots are materials deposited by explosive volcanic eruptions.

This amazing MDIS Camera has now captured more than 99% of Mercury’s surface with an average resolution of about 1 kilometer per pixel. Messenger is now going into a yearlong ‘extended’ mission, during which plans call for the acquisition of more than 80,000 additional images…I can’t wait. 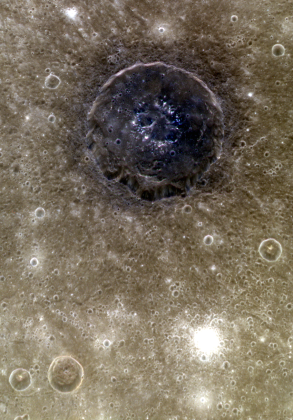 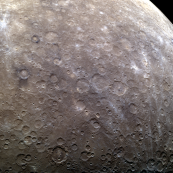 **The Beauty of Calibration

* I created the Animated Mercury Globe GIF by using the original movie to extract all the 357 frames as individual PNG files with Adobe After Effects then I recompiled a new sequence using every 5th frame in Fireworks to make the small GIF file.

14 thoughts on “A Message from Mercury”