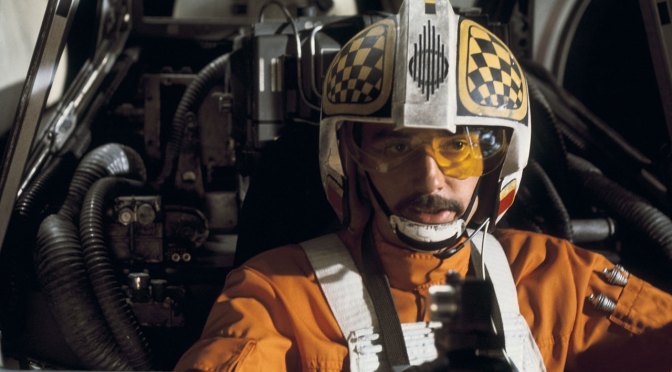 2016 is the year we have a new ‘Star Wars Story’ film to look forward too, the gritty Rogue One by Gareth Edwards (Godzilla, Monsters) which tells the story of resistance fighters who have united to steal plans to the dreaded Death Star. 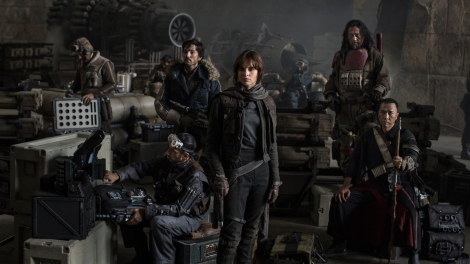 For me the bit that intrigues me the most is the resemblance between Diego Luna‘s character and Biggs Darklighter from Star Wars : A New Hope, same build, same hair and ‘that’ same signature mustache. 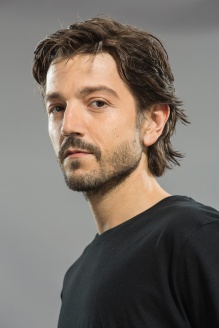 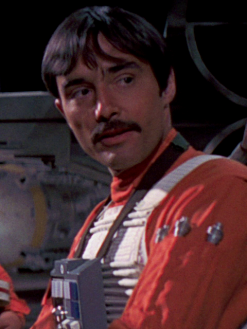 The backstory of Biggs Darklighter (played by Garrick Hagon) had a much larger role in early edits of the film, which told the story of him graduating from the Imperial Academy and returning home to Tatooine for a visit to Anchorhead’s Tosche Station, where he swapped tales with his best friend from boyhood Luke Skywalker about buzzing Wamp Rats in their T-16 SkyHoppers and threading the stone needle down Beggar’s Canyon. That was until the conversation turned serious and Biggs told Luke he was made first mate on the Rand Ecliptic, but was  going to jump ship once he reached the Central Systems and meet up with a friend on the Planet Bestine and make contact with the Rebel Alliance…more on the Mutiny on the Rand Ecliptic can found here. 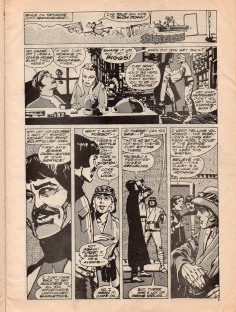 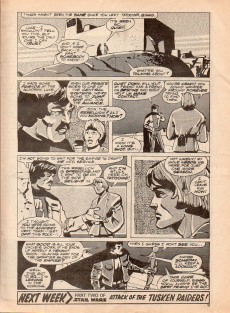 In the Expanded Universe, which isn’t canon anymore, Biggs actually trains as an Imperial pilot, and while he is there, he hears the first rumors and rumblings of the Death Star’s construction. After participating in a mutiny on his Imperial starship, and going AWOL to join the Rebel Alliance, he is actually part of the Rebel’s first missions to steal R2 units and X-Wing Fighters. While these stories are no longer officially part of Star Wars lore, certain threads could very well have been mined for Rogue One.

So are we seeing a Rogue One character who survives the film’s mission to steal the Death Star plans and then meets up with Luke Skywalker on Tatooine at Tosche Station, to then ultimately die at the hands of Darth Vader in the rebels assault on the Death Star. This would be such a sweet nod to the original film in which most of the scenes with Biggs was deleted.