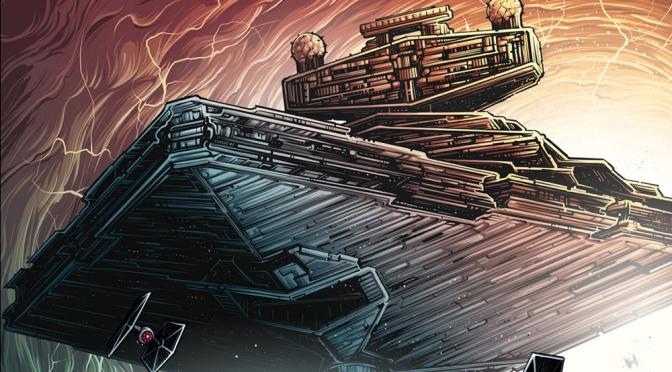 The Solo: A Star Wars Story subscriber cover for Empire’s June issue, drawn by Dan Mumford, depicts the iconic ship flying not-so-casual through a swirling lightning-filled vortex, pursued by an Imperial Star Destroyer and a swarm of TIE fighters.

Inside the issue is an exclusive look at the Ron Howard-directed Solo, which sees Hail, Caesar! break-out star Alden Ehrenreich step bravely into the boots of one of cinema’s most iconic characters

Some stunning Textless & Mobile Background Versions by artistofdesign via Reddit