On a wet Sunday I decided to download all the Solo : A Star Wars Story character images from Advance Graphics and remove the white to create some character cut outs with a transparent background in a PNG format so I could create a new banner… see below.

Times are tough under Imperial rule, with planets across the galaxy feeling the pressure of the Emperor’s iron grip. One such world that has seen better days is Corellia, transformed by the Galactic Empire into one of its principle starship production facilities, it’s famous shipyards now churning out TIE fighters, Star Destroyers and many other weapons of Imperial domination.

To survive the harsh reality that has befallen his homeworld, a young street thief named Han spends his days running scams while working for a notorious Corellian gang, stealing what he can and cutting deals on behalf of his ill-tempered crime boss. Han is unrefined, reckless, and continuously getting himself into scrapes – then improvising his way out of them.

Never one to plan too far ahead, Han goes where opportunity calls. Determined to become “the best pilot in the galaxy”, he enlists in the Imperial navy only to find himself kicked out of the flight academy for “having a mind of his own”.

But he’s about to meet a charismatic rogue named Tobias Beckett, a man who will have an enormous impact on the kind of person Han is destined to become.

As a child Qi’ra was just another powerless street urchin, making her way as best she could on the grim thoroughfares of Corellia. Running with a street kid named Han, she was determined to move up in the world and gain status and reputation. As she got older, Qi’ra had grown into an independent young woman – clever and calculating , with a sophisticated edge and a knack for devious skullduggery.

Qi’re is a secretive woman of the shadows, but who she really is is hidden away, and visible only to those she trusts. When her path crosses with Han’s once again, Qi’ra is destined to become an influential force in the life of the young smuggler

Tobias Beckett is someone who certainly had an influence on Han in his early years, before audiences first met the space pilot in a hoodlum-filled cantina on Tatooine. Beckett is a seasoned, no-nonsense survivor, forever working the angles to make sure he always comes out ahead of the game. Sound familiar?

Beckett has assembled a team of specialized scoundrels to carry out a series of risky but profitable heists, and when he needs some extra hands for one particular job, he allows young Han and his Wookiee partner-in-crime, Chewbacca, to tag along.

If it comes down to a fight, Beckett is a happy to take on his enemies in hand-to-hand combat as he is to blast them wo smithereens, using the pair of mismatched blasters that are never far from his side.

A “self-made droid”, L3-37 has cobbled herself together using an assortment of components from astromechs, protocol droids and countless other robotic sources, devising her own form and function to become something quite unique – with an impressive AI to match.

L3-37 is Lando Calrissian’s enlightened navigator and co-pilot. Her programming makes for an indignant, spirited and somewhat eccentric companion, who cares deeply about droid rights. With a mind of her own (after all, she built it) L3-37 is subservient to no one.

The sadistic Moloch wallows in authority over the lesser thieves of his gang. Like all White Worms, Moloch is extremely sensitive to natural light and must wear special protective gear when operating beyond the murk of his dank lair.

Busy carving out a nefarious reputation as the violent and enigmatic leader of a gang of swoop-riding pirates, the Cloud Riders, the deadly Enfys Nest is an extremely dangerous and brutal marauder. With his face always obscured beneath a fearsome helmet, Nest is deadly, athletic, and percussively vicious.

The smooth and sophisticated captain of a sleek and personally modified freighter known as the Millennium Falcon, has had enough of the life of a smuggler. Instead, he’s determined to become something of a “sportsman”-that is, a full-time gentleman gambler.

A roguish charmer, Lando likes to know his way in and out of any given situation he finds himself in. Gallivanting across the galaxy from card game to card game, the gambler plays by the rules when he’s likely to benefit from them-but will happily break them if he’ll benefit even more.

Range troopers are a specialised variant of the Galactic Empire’s stormtroopers. They are equipped with helmets similar in design to both the Imperial combat assault tank pilots and death troopers helmets, heavy armour with fur and a chest-plate much like that of cold weather assault stormtroopers, and were armed with E-11-like blasters.

Some additional posters I created using the files above… enjoy 🙂

The TV Spots have started, and this won’t be the last, so buckle up this is going to be a great ride as I actually really like how un-starwarsy this looks like, it’s actually made me want to see it more

Also a new ship is revealed in the TV Spot 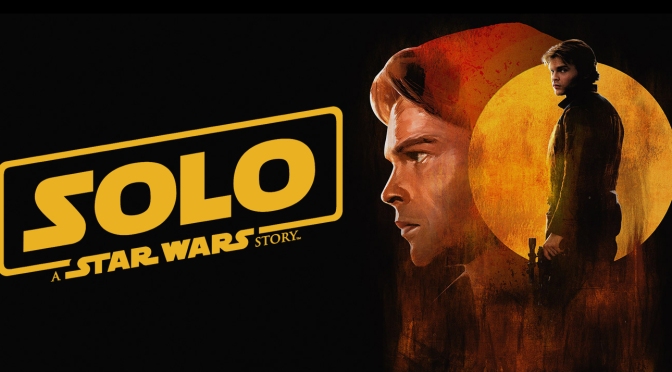