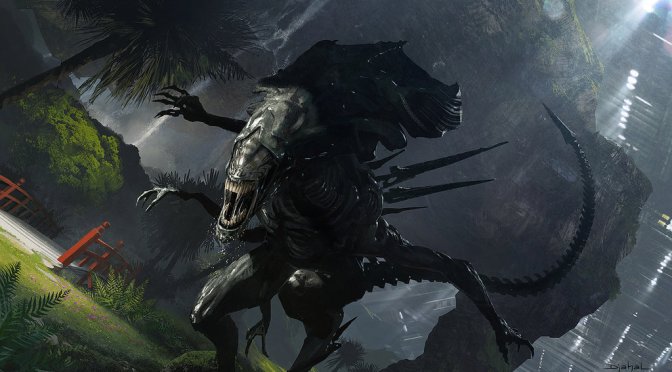 BLIMEY! Who knew Neill Blomkamp was working on a ‘SECRET’ fifth instalment of the Alien franchise? Nope, me neither…and I don’t mean a sequel to Prometheus or another one of those awful Aliens Vs. Predator, a mean a proper Alien 5, with Sigourney Weaver returning as Ellen Ripley reuniting with Corporal Hicks, presumably fighting off xenomorphs again. Well, it seems that 20th Century Fox didn’t know either, but as recently as March of last year, hyper realistic Sci-Fi film director Neill Blomkamp of (District 9, Elysium) was working on a new Alien film, as he posted a ton of concept art for the movie via his Instagram account after the new year.

The concept art by Geoffroy Thoorens seems like Blomkamp’s personal pitch for the Alien 5 film, and not something the studio asked him to do. Blomkamp even told one Instagram commenter, “Fox never said no.” What could that mean? Did Blomkamp actually pitch this to Fox much in the same way Lucas pitched Star Wars to Fox execs with the aid of Ralph McQuarries concept art.

The first image he posted was of a pissed off Xenomorph Queen and had this caption: “Was working on this. Don’t think I am anymore. Love it though.” Then he continued to upload a whole lotta beautiful Alien inspired work onto his account, commenting, “Woulda rocked. Was a mental stroll into the world Ridley Scott created.” An unverified Blomkamp Twitter account fleshed out the back story a little stating that “they [presumably Fox] didn’t really even know I was working on it ha”

The awesome concept art by Geoffroy Thoorens was also released in hi-res versions on his Deviant Art pages…It included the derelict ship from Ridley Scott’s original film being dissected in some kind of hangar bay, presumably Weyland Corp. 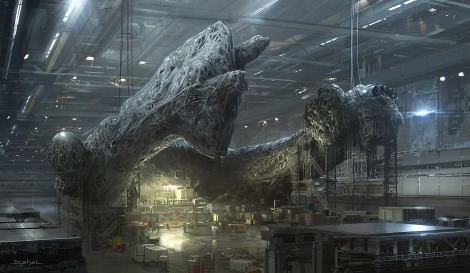 Queen on the rampage in the Weyland factory?

With Ellen Ripley reuniting with Corporal Hicks, does this mean Blomkamp’s proposed movie was looking to just ignore Alien 3 and Alien: Resurrection? …which is fine by me, considering both of those films’ reputations with fans. I wonder if both of those films, as someone suggested, end up just being nightmares Ripley had while in cryo-sleep… cool idea!! 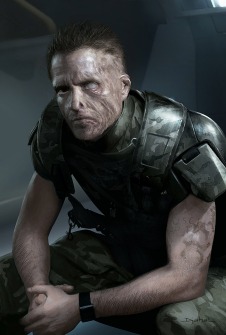 Hicks back in Alien V 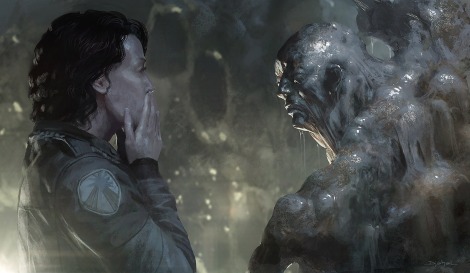 It looks like he was totally serious about taking the project forward, as you can see from his desk. 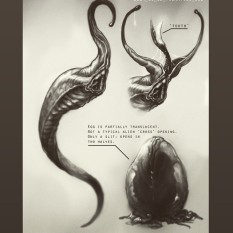 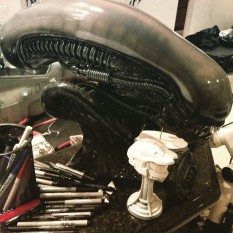 On his Instagram, Blomkamp said, “Was working on this. Don’t think I am anymore. Love it though.” This unfortunately suggests he’s moved on from the project. If I were Fox though, I’d reconsider whatever pitch he had right about now. Those concept pics look pretty cool.