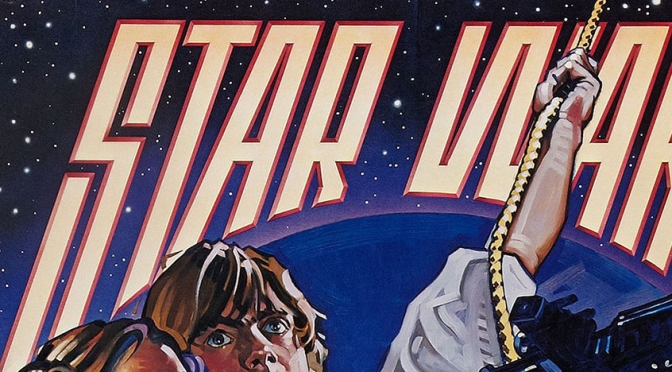 The Art of Star Wars

Speaking to a twitter pal ‘Graham Bowes‘ recently about Star Wars film posters, which he’s got the very rare Hildebrandt poster valued at $12K, and mine been the meager UK Quad 1978 Oscar nominations poster. It got me thinking ‘What is my favourite Star Wars Film poster?

I have to say my all time favourite Star Wars Film Poster is indeed one of George Lucas’s favorite posters as well and it’s easy to see why. For the 1978 re-release of Star Wars, Lucasfilm hired creative airbrush artist Charles White III to create this amazing new one-sheet artwork. White who wasn’t inanimate with painting portraits, asked the local and up-and-coming fellow artist Drew Struzan to collaborate on the poster by handling all the portraiture work.
According to Drew Struzan:

Somehow, he asked me to paint the portraits while he would paint the droids and the like… Only an extraordinary individual does anything so generous and unselfish.

This gracious gesture would lead to Drew Struzan’s first piece of artwork for Lucasfilm, and it certainly wouldn’t be his last for Lucasfilm, George or his pals. For his work on Spielberg’s Raiders of the Lost Art is a close second for my favourite film poster artwork. 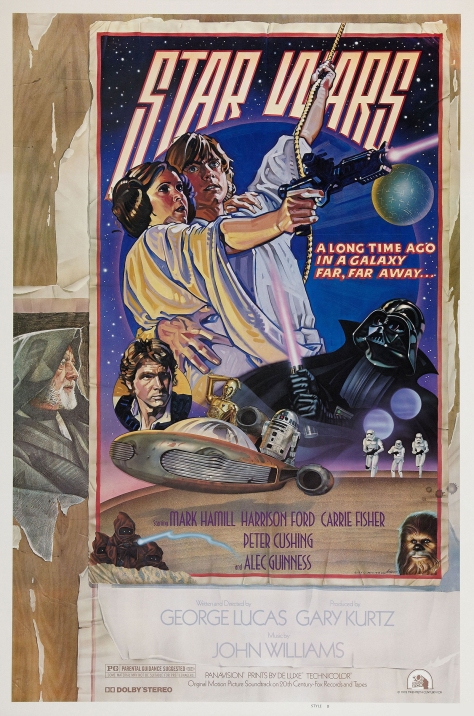 The reason they say this the Star Wars Style ‘D ‘poster or more commonly known as the “Circus” poster, is for it’s distinctive circus-style “torn poster” look, which includes ripped edges with images of a plywood wall background behind. According to Struzan this layout was a “lucky accident”…always the polite gent..

They found out there wasn’t enough room for the typography and the billing block they had left in the design. What can we do to make more space on a poster that’s already been printed? Let’s pretend it’s posted, and then they can put the type below the actual poster. We painted Obi Wan down the side and stuff across the bottom to make it wider and deeper.

If you look closely at the poster itself, you can see where the original artwork was later surrounded by the “poster wall” effect. Note the colour pencil rendering of Ben Kenobi on the left side differs from the style of the rest of the poster’s painted artwork. 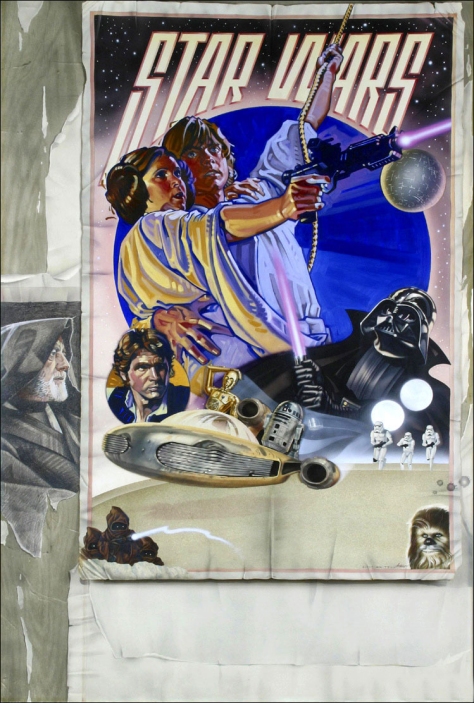 It’s interesting to see some of the subtle differences between the original illustration (besides colour correction which is so prevalent today) and the final Star Wars one-sheet artwork.

One of the other often repeated piece’s of trivia about Star Wars and the artwork is that this is George’s favourite Star Wars film poster..and mine…great minds think alike 🙂 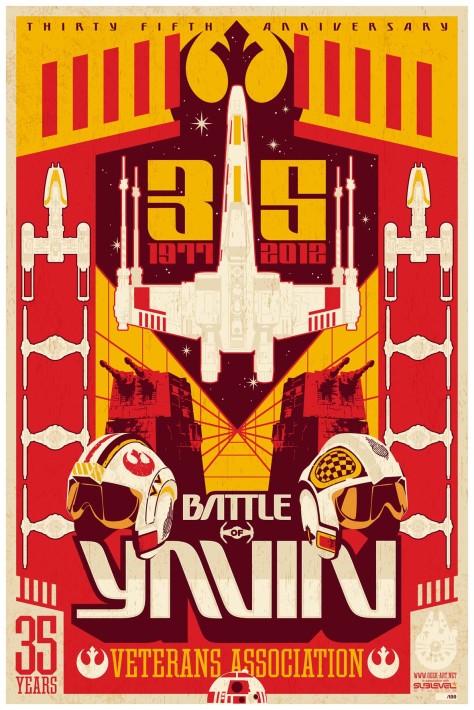 Unfortunately there’s a downside, he was going to sell the posters on his website, but was forbidden by Lucasfilm to do so. Read Lucasfilm’s response below on how they (rightfully) protect their intellectual property rights.

Lucasfilm Ltd. and its affiliated and related entities (collectively « Lucasfilm ») are the exclusive owners of all rights in and to the STAR WARS major motion pictures and any other STAR WARS film or property. Those properties and the characters and unique elements which appear therein (the « STAR WARS Copyrights and Trademarks ») are protected by the copyright and trademark laws of the United States and other nations.

Thank you for your cooperation. Nothing in this letter shall be construed as a waiver or relinquishment of any right or remedy possessed by Lucasfilm or any other affected party, all of which are expressly reserved.