When Richard Nixon was the President of the United States, they had a speech ready for him to deliver to the world just in case the 1969 moon landing had ended in disaster. If fact many experts believed there was a big chance that Neil Armstrong and Edwin ‘Buzz’ Aldrin could have really gotten stuck on the moon. It’s something we don’t really think about now because we all know it was such a success. American Archives have unearthed the speech that would have been delivered if the late great Armstrong and Aldrin had never made it back to earth. This is such a great piece of history that I thought I might never see.

Give it a read, It’s such a moving and well prepared speech, and such a good thing that President Nixon never had to delivered it. 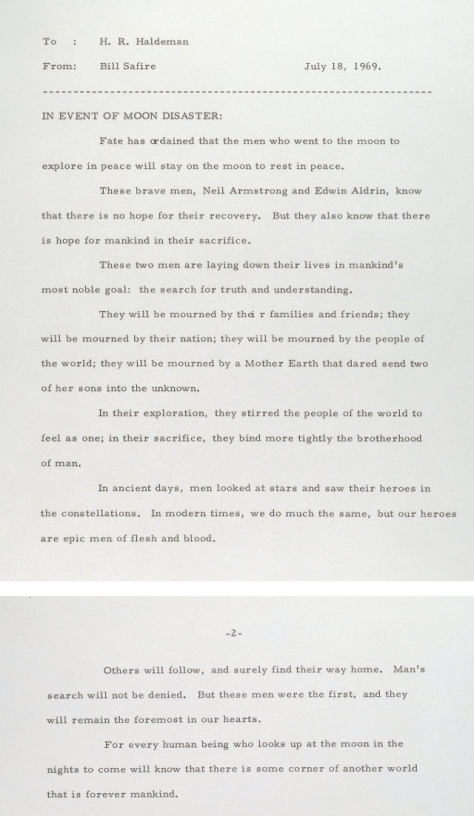 “For those who may ask what they can do to honour Neil, we have a simple request. Honor his example of service, accomplishment and modesty, and the next time you walk outside on a clear night and see the moon smiling down at you, think of Neil Armstrong and give him a wink.” 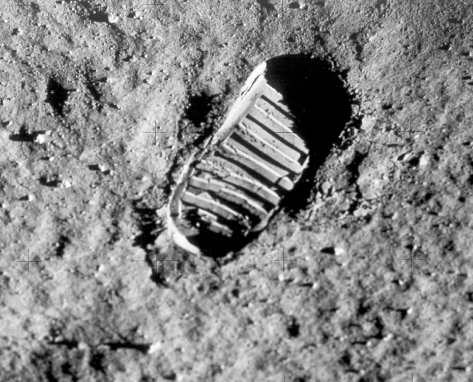 It’s so sad to see that Neil Armstrong passed away this weekend on Saturday August 25th at the grand old age of 82, the very same age as the other inspirational guy in my life Ralph McQuarrie passed away this year. I couldn’t have found out about Neil’s death in a more fitting way either, a friend in Houston Texas (whose father worked with the Moon rocks Neil brought back to Earth) broke the news to me.

They are so many fitting tributes about Neil over the media at the minute, even a great one from President Barack Obama, but the most beautiful and moving statements regarding this truly sad passing came from his family and his ‘other’ family …The NASA Family

“For those who may ask what they can do to honor Neil, we have a simple request. Honor his example of service, accomplishment and modesty, and the next time you walk outside on a clear night and see the moon smiling down at you, think of Neil Armstrong and give him a wink.”

“On behalf of the entire NASA family, I would like to express my deepest condolences to Carol and the rest of the Armstrong family on the passing of Neil Armstrong. As long as there are history books, Neil Armstrong will be included in them, remembered for taking humankind’s first small step on a world beyond our own.

“Besides being one of America’s greatest explorers, Neil carried himself with a grace and humility that was an example to us all. When President Kennedy challenged the nation to send a human to the moon, Neil Armstrong accepted without reservation.

“As we enter this next era of space exploration, we do so standing on the shoulders of Neil Armstrong. We mourn the passing of a friend, fellow astronaut and true American hero.” 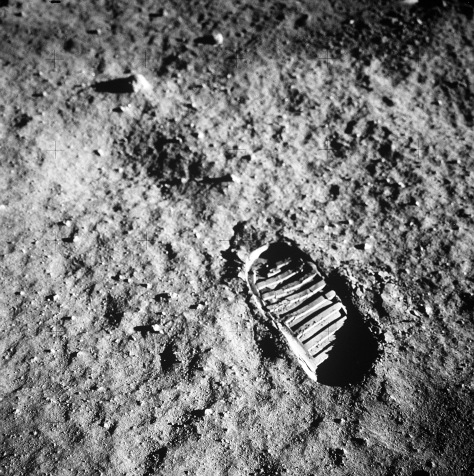