For me there’s nothing more captivating than the site of a bright full moon,  in late 2013 our skies were illuminated with a stunning Moon in the 3rd and Final Act of the much bigger and brighter moon otherwise known as a Supermoon , which occurs when it is closest to the earth during its elliptical orbit. If you didn’t get a chance to see this wondrous phenomenon due to the extremely cloudy conditions on that night…fear not, I managed to captured the event, but only briefly due to the impending storm. Now you may think why I’ve called this post  ‘Poetry for the Moon’ , well… I posted the above image on my Twitter account and it caught the eye of NASA Astronaut Douglas Wheelock who re-tweeted it to his followers. 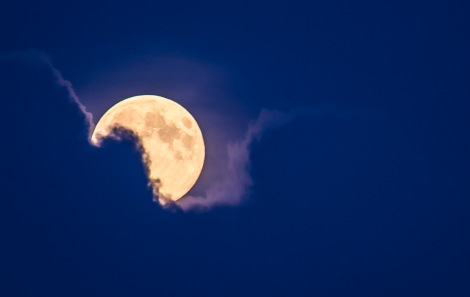 The Moon, like a flower, In heavens high bower, With silent delight, Sits and smiles on the night.

Claire McCartney went to town with hers, the first one spanned over 2 tweets.

Many moons ago the dreams of lunatics became reality, Now all are infected not just by the consanguinity of our own earth but the universe

The best one Claire mentioned was a prophecy Leonardo Da Vinci spoke of, and I know we sometimes need a bit of artistic latitude for prophecies to come true, especially as this one he foresees the Moon Landings with the Big Bird representing the ‘eagle’ has landed…”I love this interpretation of his prophecy”

The big bird will take its first flight, filling the universe with amazement, Filling all the chronicles with its fame, and bringing eternal glory to the nest where it was born.

Thank you Claire, Douglas and Edit Koczó for making this post so special…sorry I took so long to publish it my friends

While I’m on the subject of captivating Moon shots …Again! You groan 😉 Sorry, you see the shot below was no exception, even though I didn’t manage get the plane crossing the face of moon like I’d done previously, the aeroplanes Jet Stream still created a great shot to capture… another shot that caught the eye of Douglas, Clare & Edit 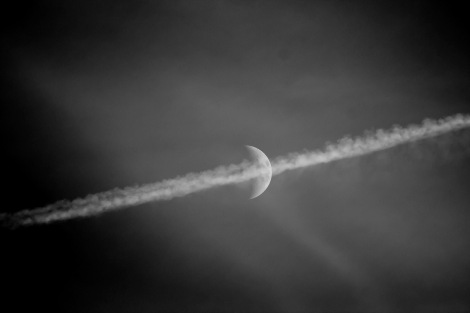 Jet Stream over the Moon