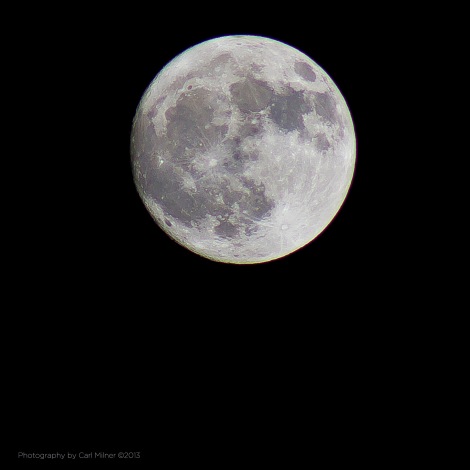 The February Full Moon 2013 …The Hunger Moon
After what has been another cloudy month with little or no viewing of the moon, it was only on its final days that I manged to capture the February Full Moon. This is traditionally called the Full Snow Moon by the native tribes of the north and east because of the usually heavy snow falls in February, but for me the name some American tribes referred to this Moon that I like the most is The Hunger Moon, namely because of the harsh weather conditions in their area that made hunting very difficult

These are just two of the Full Moon Names for February, but as you can see from below the list goes on…

February full moon can assume any number of different names, and the list could go on and on the further I dig into the history of Full Moon Names, maybe I’ll show more when the Storm Moon of March 2013 appears… or as some call it The Death Moon