Today saw the release of the new Prometheus featurette titled “Origins,” thankfully it doesn’t spoil anything in regards to the mystery of how the movie will play out for the crew of the spacecraft Prometheus. What it does confirm is that the lifeforms they track down, is on what Ridley Scott calls the Planet Zeta II Reticuli which is quite interesting as this is where the crew of the Nostromo say they’re in the vicinity of when they picked up the so-called distress signal in “Alien”

Zeta Reticuli (ζ Ret, ζ Reticuli) is an actual ‘REAL’ binary star system in the southern constellation of Reticulum. From the southern hemisphere the Zeta Reticuli 1 & 2 can be seen with the naked eye as a double star in very dark skies. Based upon parallax measurements, this system is located at a distance of about 39 light-years (12 parsecs) from the Earth, also quoted in the original Alien movie.

Zeta Reticuli is circled in Red

A nice little touch I came across today was that the synthetic robots’ names in the series are in alphabetical order, according to film release dates: Ash is in “Alien” (1979), Bishop is in “Aliens” (1986) and Alien 3 (1992), Call is in “Alien: Resurrection” (1997) and now David, played by Michael Fassbender in “Prometheus.”.

Shot this last night of a plane heading into the Crimson sunset over Leeds, it reminded me later of The Prometheus entering the atmosphere of LV-426 in the films new trailer. 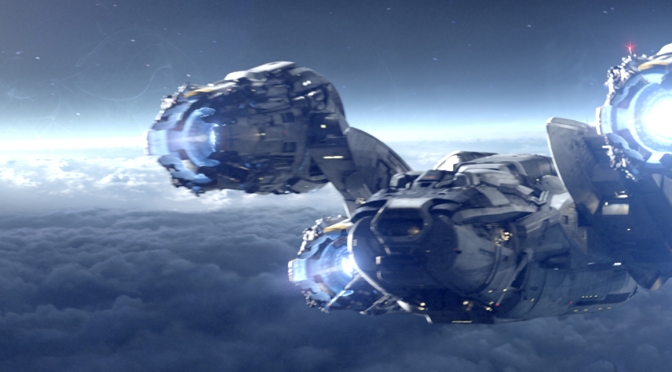 The Viral Marketing campaign has kicked off in earnest for Ridley Scott’s new film Prometheus, this stunning new high-resolution image of the space craft Prometheus was revealed today through some amazing login and passwords which some ingenious people figured out for the website Project Prometheus.

Click to enlarge to see the stunning detail, including the nice touch showing tiny wisps of propulsion from the engines. 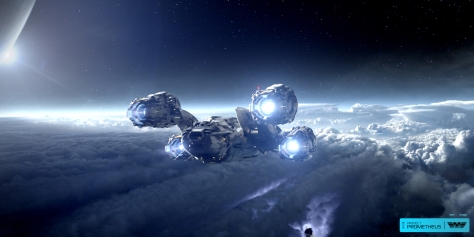 I don’t know how people find time to figure these things out, but to gain access to the image, users figured out that if they added the word ‘Eridu’ to the URL, such as ProjectPrometheus.com/Eridu, and then type in “tell abu shahrain” as the password, you will get the image above.

So what does Eridu even mean? According to Wikipedia, “Eridu is an ancient Sumerian city in what is now Tell Abu Shahrain, Dhi Qar Governorate, Iraq. Eridu was considered the earliest city in southern Mesopotamia, and is one of the oldest cities in the world. Located 12 km southwest of Ur, Eridu was the southernmost of a conglomeration of Sumerian cities that grew about temples, almost in sight of one another. In Sumerian mythology, Eridu was originally the home of Enki, who was considered to have founded the city, later known by the Akkadians as Ea. His temple was called E-Abzu, as Enki was believed to live in Abzu (“Deep Ocean”), an aquifer from which all life was believed to stem.”

I have no idea what this has to do with the movie, but I’m sure we’ll find out soon enough. Make sure to click on the image to enlarge! You can watch the epically awesome trailer for the film here if you haven’t seen it yet, or just want to watch it again.

I just hope they don’t peak to soon.